The Many Types of Contract Agreements 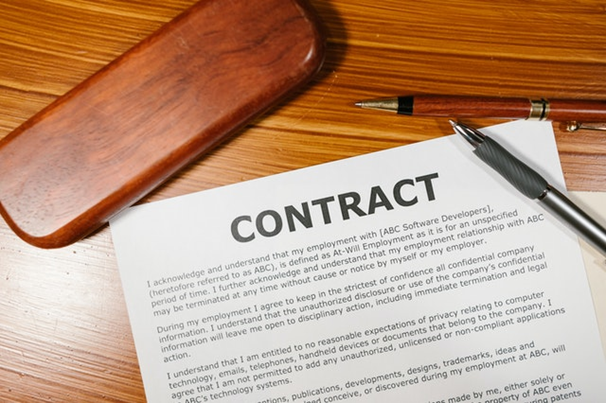 Photo by RODNAE Productions from Pexels

Contracts, for whatever reason, are notorious for their use of jargon. Contracts often employ words like “herein” and “heretofore” to mislead those who aren’t lawyers or judges. Since contracts are utilized in almost every aspect of life, it’s a good idea to know what they are, when you may use them, and what kinds of contracts you might run across.

Precisely what is the purpose of a contract

A contract is a legally binding agreement between two or more parties that lays out the terms of what each party agrees to do and what it will not do. People or organizations such as companies, the government, or a collection of individuals, can be parties to a contract.

Even though courts favor written contracts, oral agreements are still legally binding and will be maintained if challenged in court. Of course, the court must be convinced that what was alleged was stated in an oral contract. It isn’t easy to verify this, which is why having a formal agreement is preferable.

If and when you’d require a business contract

There are many circumstances in which a business contract is required, as detailed on contractsafe.com. To offer or buy services or products, you need to enter into a contract. It is a good idea to have a contract in place if you promise to perform anything in business.

A contract is in place to safeguard one or both parties. However, if something has no or little value, you do not require protection. No one is going to make you sign a contract promising to return sales brochures you borrowed from a coworker’s cache. The contract must, however, provide some benefit.

Just a few scenarios call for the use of a contract:

All of these scenarios have essential factors to take into account.

What kinds of contracts are there

There are numerous contract types, including industry-specific ones, such as engineering contracts and construction contracts. Some industries have overlap with one another, whereas others do not. It’s not feasible to list them all, and if you try, you’ll unintentionally leave some out.

Contracts may, however, be classified as one of many types:

The promise-maker determines whether a contract is unilateral or bilateral. One-sided contracts are those in which only one party makes commitments. Prefix “uni” indicates one, e.g., a man’s unilateral agreement to give a prize to the person who recovers his missing wallet. Even though he’s promised to pay the award, he needs someone to fulfill their end of the bargain by locating his purse. If the wallet is found, the finder has accepted the contract, and the wallet owner is obligated to make good on their end of the bargain. The discoverer made no guarantees that he would follow through on his promises.

Bilateral contracts are standard in real estate. Both parties make commitments in a bilateral agreement. As part of their selling proposal, the homeowners say they’ll offer to sell their home for a set amount plus any other items they want to include, such as appliances or curtains. The sellers put a counteroffer, stating that they will agree to sell at the selling price only if they install new flooring in the dining room and kitchen, fix any nonworking stove burners, and repair or replace the basement sump pump.

The home is kept for the prospective purchasers and not sold to anybody else until the deposit check is received with the contract. There are no exceptions to this rule as long as vendors make all necessary repairs. 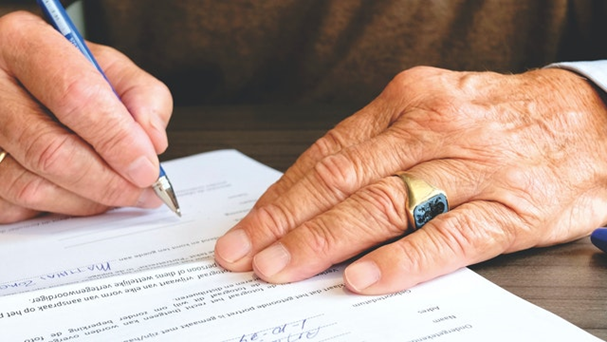 Photo by Matthias Zomer from Pexels

If a contract has all of the characteristics of a legal agreement, it is called valid or legitimate. It’s voidable if it lacks even a single component.

If the contract terms and commitments are explicitly stated, it is an express contract; otherwise, it is implied. Oral agreements are more common, but they may also be conveyed in writing if both parties agree on what was said or if what was said can be proved and clearly defined.

Contracts that are implied must be interpreted figuratively. If you leave a ring with a jeweler to be resized, you can expect it to be returned to you in the same condition as when you first gave it to the jeweler, except for the new size. No matter what contract you sign, it’s assumed that the three-stone engagement ring you’re giving to the jeweler will still have them when you receive it back. With an implied contract, the jeweler is bound to replace any missing stones at no cost to you.

It’s easy to tell whether something has been executed or not. A contract that has been executed means it has been finished. For instance, if you watch the news on the waiting room TV while having new tires fitted at a tire shop, your contract is executory. To put it another way, it’s still happening.

That contract, however, is fulfilled when your automobile is delivered, new tires are mounted on it, you pay for the installation, and then drive away. It’s all done and dusted now. It has been executed.

Identifying the many kinds of contracts and choosing the most appropriate one for a particular project is essential for conducting business operations. For this reason, it is frequently advisable to consult with a contract lawyer to ensure that the contract will stand up in court.

How to do SEO if you’re not an SEO

What are Custom Aluminum Extrusions?

What are the benefits of buying a Forex card for carrying currency overseas?

What to Consider When Hiring Professional Cleaners for Your Business